Hear the new single and get the scoop on the ex-Squirrel Nut Zipper's forthcoming record. 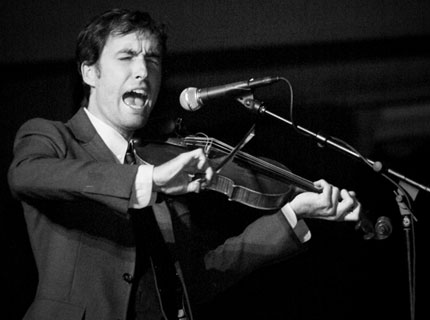 Is it possible for monsters to possess a sense of honor?On January 27, indie-pop troubadour — and babe magnet — Andrew Bird will attempt to answer that question with the release of his eighth studio album, Noble Beast, on Fat Possum.

In other potential Bird sightings, the whistler extraordinaire makes an appearance tonight at a fundraiser for presidential candidate Barack Obama at Brooklyn’s Music Hall of Williamsburg, which will also feature appearances by comic Eugene Mirman and avant-pop duo the Fiery Furnaces.