Click to see if your favorites will be playing the upcoming New Orleans event. 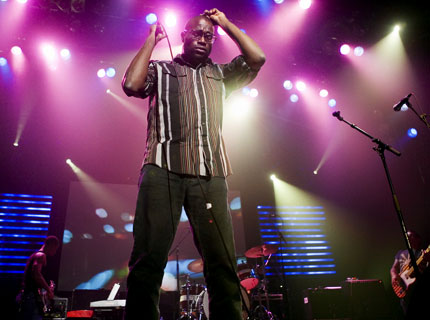 It seems that not even hurricane Gustav can slow New Orleans’ Voodoo Music Experience, as festival officials — unfazed by the recent storm and others on the way — have added even more bands to the event’s lineup.

The Mars Volta, N.E.R.D., TV on the Radio, Butthole Surfers, Fishbone, Irma Thomas, and Ben Jelen, among others, will join the likes of R.E.M., Nine Inch Nails, Stone Temple Pilots, Death Cab for Cutie, and the rest of the previously announced bill at the Big Easy’s City Park October 24-26.

And despite the challenges, festival founder/producer Stephen Rehage says backing down was never an option. “I remembered all the struggles of 2005’s [hurricane Katrina] and the options we might have to consider, but not moving forward this year never crossed my mind.”

Tickets are on sale now via Ticketmaster and thetenthritual.com.