Travis McCoy talks about how producer Cool of Cool & Dre turned him onto one of his favorite YouTube videos. 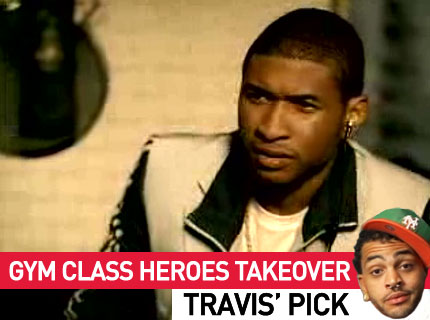 While working in a Miami studio with Cool & Dre — who produced a number of tracks on his band’s new album, The Quilt — Gym Class Heroes frontman stumbled across a YouTube favorite, thanks to a tip from Cool. In the video, a parody of Usher’s “Confessions, Part II,” Usher discovers he has Haitian heritage, and fears it’s the end of his career; McCoy, whose father is Haitian, got a big chuckle out of it. “If [Usher] doesn’t laugh [about the video], he’s not human,” says McCoy.

Plus, click here to see all the stories posted by Gym Class Heroes in their guest-editing stint at SPIN.com.