The New Jersey upstarts perform two songs from their stellar new album at the Knitting Factory. 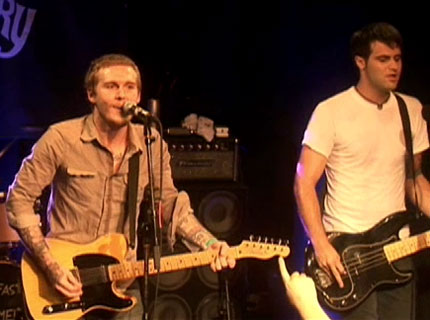 At the SPIN.com offices this summer, we played the heck out of The ’59 Sound, the new album from New Jersey punk classicists the Gaslight Anthem. (If you don’t know their sound, think Bruce Springsteen meets Against Me.) So, of course, we were at New York’s Knitting Factory just a few days after the record’s recent release, when the band played to a rabid horde of loyal fans, most of whom already knew every word of the new songs.

Check it out: We’ve got two videos below from that special night, featuring performances of the album’s title track and “Miles Davis & the Cool.”