Nine nominees have been announced, but only five will be inducted into the Rock and Roll Hall of Fame. Who's your money on? 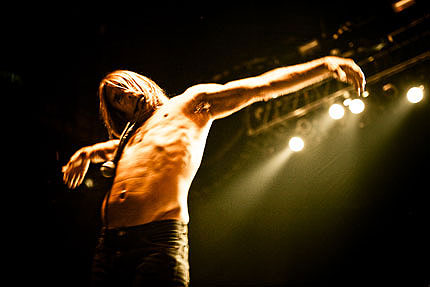 Officials for Cleveland’s Rock and Roll Hall of Fame have unveiled the nominees for the class of 2009, with punk icon the Stooges, hard rock warlords Metallica, and hip-hip pioneer Run-D.M.C. leading the pack. War, Wanda Jackson, Bobby Womack, Little Anthony and the Imperials, Chic, and Jeff Beck round out the list. This is the second year of Metallica’s eligibility (to qualify, at least 25 years must have passed since the release of an act’s first single).

Five of the nine nominated artists will be inducted, with an initial announcement arriving in January and a full-blown ceremony April 4 at Cleveland’s Public Hall. For the first time ever, the ceremony will be open to the public. Even so, Iggy, please wear a shirt!