Will Billy Corgan's reunited alt-rock heroes celebrate with a gig in your hometown? Click here to find out! 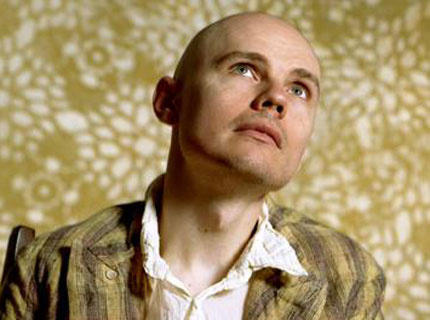 Though only two members of the original band remain — alt-rock overlord Billy Corgan and drummer Jimmy Chamberlin — Smashing Pumpkins have unveiled the itinerary for a 20th anniversary tour celebrating their birth way back in 1988.

Kicking off in Cleveland November 1, the 19-date tour will take the Pumpkins through multi-night stands in Toronto, New York, Washington D.C., Boston, Kansas City, and Los Angeles — plus, a four-night stay in the group’s hometown of Chicago. Each extended engagement will include entirely different set lists with no songs repeated between night one — dubbed “Black Sunshine” — and night two, called “White Crosses.”

In related news, the Pumpkins are also gearing up for the dual release of a new single, “G.L.O.W.” — being premiered live on Jimmy Kimmel Live Oct. 24 and featured on the upcoming Guitar Hero World Tour game — and a two-DVD set, If All Goes Wrong, featuring both a documentary and a full concert film.