The members of Ra Ra Riot are close, but only to a point. “With girls in the band, booger placement is an issue,” says bassist Mathieu Santos, 23. “You have to be more secretive.” Cellist Alexandra Lawn, 23, isn’t buying it: “It seems like you’re more open about it.”

Relaxing in Brooklyn after a photo shoot, Lawn and her bandmates explain that this kind of ribbing is second nature. “We’re like a crazy family,” says Lawn of her fellow Rioteers, who came together as Syracuse undergrads in January 2006. “Rebecca [Zeller, violin] is the mom, Wes [Miles, vocals] is the brother-in-law, and Milo” — she nods at guitarist Milo Bonacci — “he’s the dad.” Bonacci, 25, frowns. “But you’re a cool dad!” chirps Lawn.

Things haven’t always been so lighthearted for the winsome chamber-pop quintet. Cofrontman Shaw Flick quit on the eve of an early tour to be with his girlfriend. “It was shocking when Shaw left,” remembers Zeller, 24. “We realized we had to take the band more seriously.” Or, as Miles, 24, puts it: “We ditched the keytars.” Sans cheesy synths, Ra Ra Riot hit upon their current sound — a vibrant mix of keening strings, trebly guitar, bittersweet lyrics, and thundering rhythms that calls to mind a less apocalyptic Arcade Fire.

The change worked: Six stellar shows at 2006’s CMJ begat a self-titled EP. But in June 2007, a month before the EP’s release, the band was dealt another, heavier blow when the body of drummer John Pike was pulled from a bay near Fairhaven, Massachusetts, two days after he had been reported missing, following a postshow party. “John was such a huge part of the band,” says Miles. “But there was never a discussion about stopping. Playing his music is how we honor him.” To that end, five of the ten songs that make up Ra Ra Riot’s debut album, The Rhumb Line (Barsuk) — including eerie opener “Ghost Under Rocks” — were cowritten by Pike. 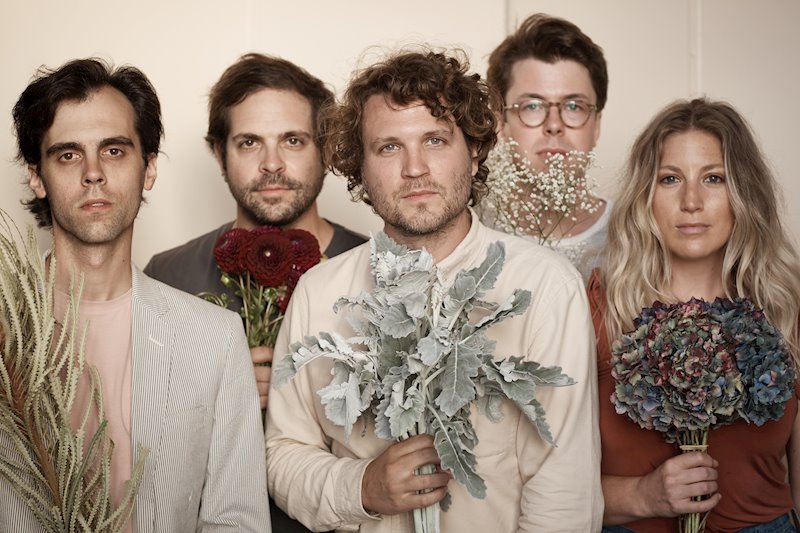 Despite a troubled past, they can still envision a fruitful future. “We want a long, successful career,” says Santos. “Like U2,” kids Miles. Bonacci demurs: “Only U2 from ’79 to ’98.” Father knows best.

FAST FACTS
–“Rhumb line” is a navigational term for a nondeviating path.”It seemed like it might be a good analogy for the band,” says Miles.
— This is the first rock band for the classically trained Zeller and Lawn.”We’re so used to playing from sheet music,” says Lawn.”It’s taken awhile to adjust to actually coming up with our own ideas.”

ra ra riot, This Is Happening