In this SPIN magazine excerpt, the Britpop mainstay reveals his tumultuous relationship with brother Liam. 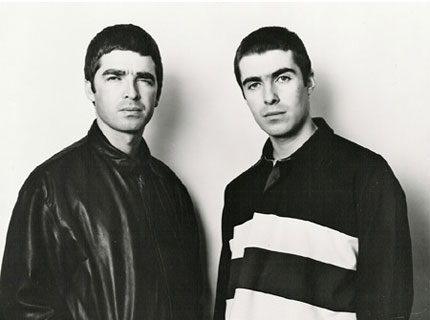 Writing music, performing, and — most notably — co-existing on the road with a sibling can be tough. And no one understands the highs and lows of such a relationship like Oasis’ volatile Noel Gallagher. “I’ve only seriously tried to kill him once,” Noel says of his oft-bombastic younger brother and Oasis singer Liam in SPIN’s October issue, on newsstands this week. “I think that’s a pretty good record. In fact, I think I deserve some sort of commendation. I’ve kept Liam in legal employment for nearly two decades — He’d need fucking round-the-clock care without Oasis.”

And what about Liam’s oft-told story that he was minding his own business when he was beaten by a gang of toughs in a Munich, Germany, bar in 2002? “Are you fucking serious?” says Noel. “He’s a born fucking liar. I wasn’t there at that bar in Munich, so I won’t cast aspersions. But I ask you, do you think Liam was helping clear away the glasses or assisting an old lady up the stairs when it all kicked off?”

Read more of Gallagher’s interview, in which he discusses his drug use, Liam’s supposed encounter with John Lennon’s ghost, Oasis’ new record, and much more, or pick up SPIN’s October issue!