News Alert: Noel Gallagher Has a Sense of Humor!

The feisty Oasis songwriter has a laugh over Jay-Z's Glastonbury gig. Click here for details. 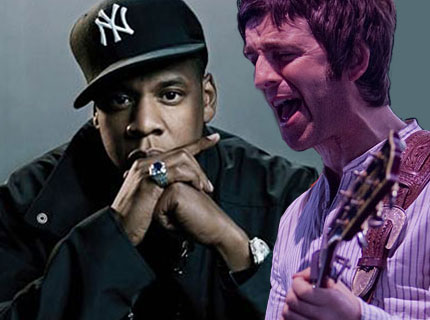 Turns out, Oasis’ Noel Gallagher has a sense of humor after all. Gallagher had said prior to Jay-Z’s recent headlining gig at the Glastonbury Festival: “[I’m] not having hip-hop at Glastonbury. No way. It’s wrong,”

But when the New York rapper responded with a parody of Oasis’ smash hit, “Wonderwall,” even the notoriously feisty Gallagher had to smile. “It was pretty funny,” he admits to Blender [via NME.com].

But the Brit couldn’t resist taking one more public shot at Jay-Z. Of the rapper’s decision to perform at Glastonbury with six-string in hand, Gallagher says: “I’m not sure one should be seen in public with a white Stratocaster.”