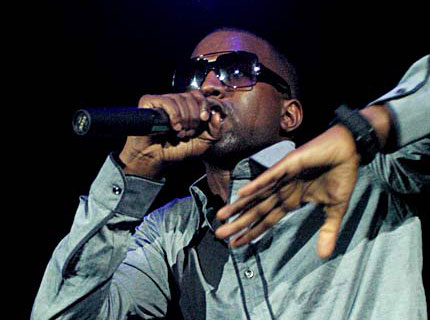 Look out Amazon and Target.com — an unfriendly blog entry courtesy of Mr. Kanye West himself could be coming your way! It seems the retailers’ websites have leaked details for West’s new album, which will be titled 808’s & Heartbreak — not the previously speculated Good Ass Job — and will drop December 16, Billboard.com reports. The details have yet-to-be confirmed by Def Jam.

“Love Lockdown” is expected to be the first single off the forthcoming record, which will be the follow up to 2007’s Graduation. West performed the song Sunday at the MTV VMA ceremony. Though the VMA show’s video footage has been pulled from YouTube, listen to the audio from the gig below.