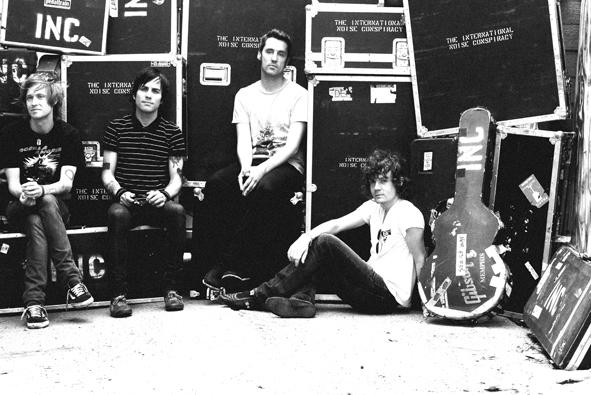 Four years after the release of Armed Love, swaggering, Swedish garage rockers the (International) Noise Conspiracy have unveiled Cross of My Calling, the fifth album from ex-Refused leader Dennis Lyxzén and his gang of politico-punks, set to land stateside Nov. 25 via Vagrant/American Recordings.

“We’ve worked hard for a long time, but it’s a tough world to get by in,” vocalist Lyxzén said. “Anything that doesn’t fit the mold scares the music industry. We know how this world works; that’s just the way it is.But we also recognize the industry is on shaky ground because of that, which is why it’s so cool to have someone like Rick believe in you.”