Led Zeppelin to Reunite for Tour?

It appears vocalist Robert Plant is finally ready. But will the legendary hard rockers reform in time for a 2009 summer tour? 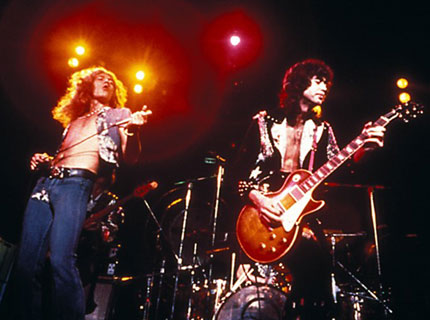 Nearly a year after their landmark one-off reunion, rumors are yet again surfacing that the surviving members of rock titans Led Zeppelin — with deceased original drummer John Bonham’s son, Jason, sitting in — will reform for a world tour.

According to an unnamed source quoted in British newspaper The Sun [via NME.com], previously reluctant vocalist Robert Plant is set to rejoin the Zep soon to rehearse for a full-blown tour to take place next summer. “(Plant) realized he couldn’t face the thought of not being involved,” states the source. “The band were over the moon when he told them the news.” Combined with recent reports of new material on the horizon, it looks as if 2009 could be a very busy year for the rock’n’roll legends.