Franz Ferdinand on New Record: “Friendlier for the Dance Floor”

What can fans expect on the Scot quartet's just-completed third LP? Click here for details! 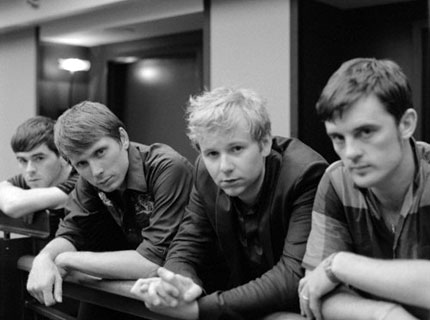 After a lengthy world tour and an exhausting stint in the studio following the release of 2005’s You Could Have It So Much Better, Glasgow’s Franz Ferdinand have finally finished recording their yet-to-be titled third album, which will be released in early 2009. And according to frontman Alex Kapranos, the new set will be a change of pace.

“It does sound different and there are different instruments on the record, different tempos, a different attitude to making it,” Kapranos told the BBC [via NME.com]. “The last record was fast, furious, frantic, 150 beats per minute,” he continued. “It was like a teenager having sex. This one’s a bit more assured and a bit friendlier for the dance floor. It’s about 104/105bpm.”