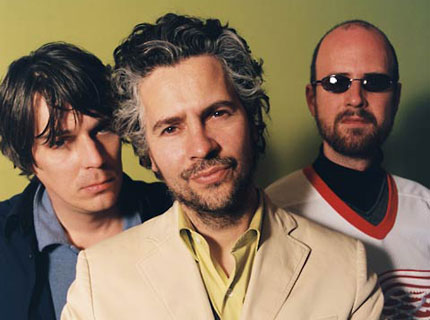 After years of delays, Oklahoma-bred space-poppers the Flaming Lips are finally ready to celebrate Christmas on Mars, their long-awaited surrealist film, set to arrive on DVD October 28 via Warner Bros. The disc, also featuring band interviews, behind-the-scenes footage, and outtakes, will be sold on its own, as well packaged with a CD of the band’s original score, Billboard.com reports.

The epic odyssey, shot by the band in Oklahoma, portrays a group of colonists’ first Christmas on — you guessed it! — Mars and had its world premiere this past May at Washington State’s Sasquatch! Music Festival before screening in a limited number of cities. SPIN.com’s William Goodman caught the world premiere and later spoke with Lips leader Wayne Coyne backstage. Below, watch Coyne gab about audiences’ interpretations of the film, as well as Christmas’ trippy props and visuals.

Wayne Coyne on Christmas on Mars