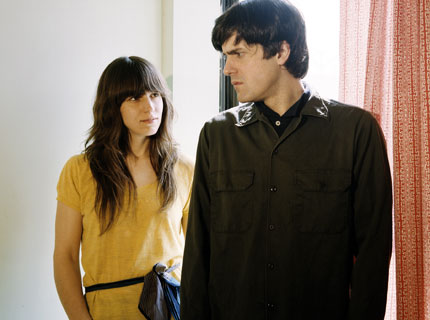 What? Avant-pop duo Fiery Furnaces have forged a career of pushing their unique sonic sternly forward — from the multi-suite opuses of Blueberry Boat to the spoken-word psych of Rehearsing My Choir and glam-tinged glow of Widow City. It might strike some as strange, then, that Matthew and Eleanor Friedburger are looking back to earlier work by releasing the aptly titled live retrospective, Remember. But for a band that has perfected the art of the left turn, the decision makes total sense. Compiled from both soundboard and audience recordings, Remember is a heady trip through the band’s sound-shifting live sets as they re-imagine selections from their catalog as bluesy stompers, keyboard-heavy prog epics, and noisy freakouts.

Who? Siblings Matthew and Eleanor Friedburger formed Fiery Furnaces in 2001 in Brooklyn, NY. The following year they signed with the seminal British indie label Rough Trade, which released their stripped-down bluesy debut, Gallowsbird’s Bark, in 2003.After several releases, including 2004’s high-water mark Blueberry Boat, the Furnaces signed to the experimental-leaning Thrill Jockey label in 2007.Remember is the band’s second full-length release on the label.

Fun Fact: The lyrics of Franz Ferdinand’s “Eleanor Put Your Boots On” have been rumored to concern Friedburger, who was romantically involved with Franz’s Alex Kapranos in the past.