DJ AM Released from Hospital

The mix-master returns to L.A., while ex-Blink-182 drummer Travis Barker remains in a Georgia burn clinic. 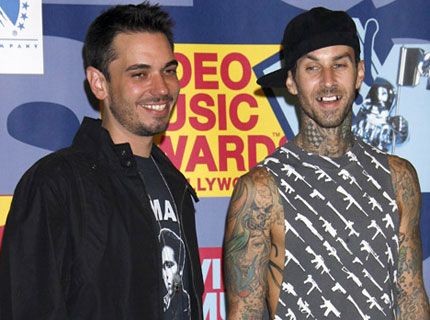 DJ AM, a.k.a. Adam Goldstein, who was seriously injured last Friday in a fiery South Carolina plane crash that killed four and left former Blink-182 drummer Travis Barker with second- and third-degree burns, has been released from the hospital and is returning home to Los Angeles, MTV.com reports. Barker, whose lower body and torso were burned, remains in a Augusta, GA, burn clinic.

“While he is deeply saddened by the events, he is thankful for all of the love and support he has been receiving from fans and friends worldwide,” Goldstein’s rep said. “We ask that you continue to respect his privacy as he rests and heals and mourns the loss of his friends.”

Though official word regarding Barker’s release has yet to be announced, hip-hop mogul Jermaine Dupri — Barker’s partner in clothing company So So Def — visited the drummer in his hospital room and told People.com Barker will most likely go home in “about two weeks.”