Despite an already full plate, the mopey Brit rockers get back to work. 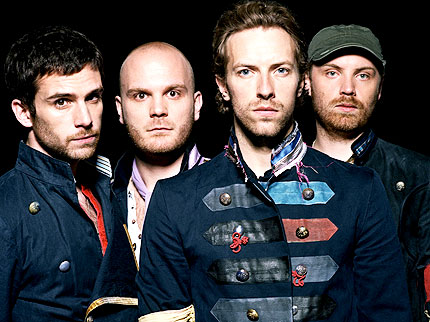 As if this summer’s chart-topping success Viva La Vida and its supporting tour weren’t enough, Brit mainstay and SPIN cover subject Coldplay have unveiled details for a forthcoming EP and hinted at their next full-length record.

According to frontman Chris Martin, who stopped by BBC Radio’s 6 Music to chat with host Steve Lamacq and R.E.M. singer Michael Stipe [via Pitchfork], an EP composed of Vida scraps — including “Luna,” a Kylie Minogue collaboration — will arrive before year’s end and a new full-length is on the horizon. “We’re going to put an EP out at Christmas called Prospects March, and we’re going to release an album next December,” said Martin. Hooray!

Catch Coldplay this fall, when the quartet return for the second leg of their U.S. tour. Check out the complete dates here.