From Switzerland to the Netherlands on what may be his last tour, alt rock's boho alchemist opens up about the road, his family, Scientology, and his next steps. 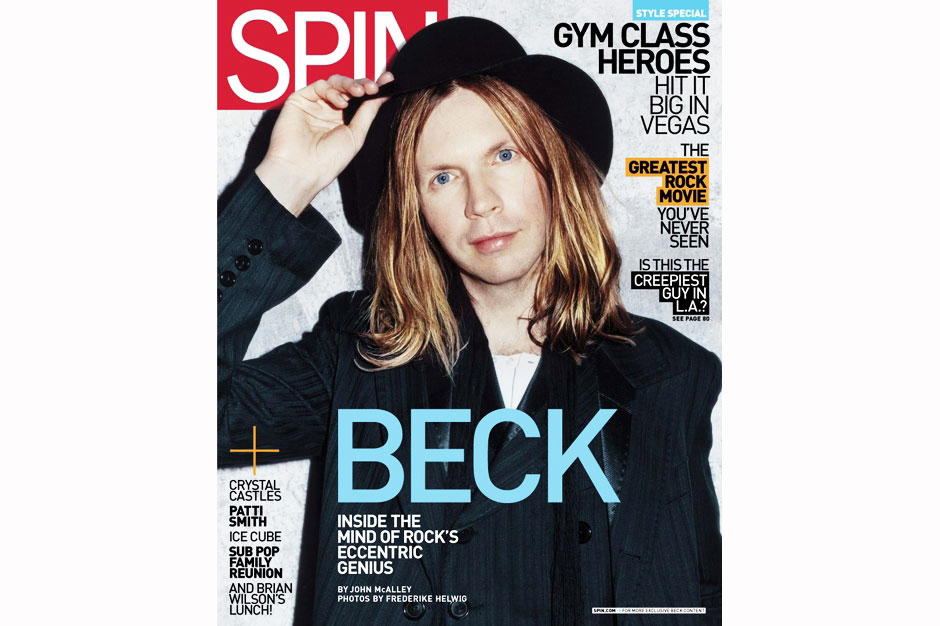 There are giggles coming from Beck Hansen’s dressing room at the Melkweg arts center. Given the rafts of weed and hash that flow through the canals and “coffee shops” of this ridiculously accommodating city, preshow bouts of goofy euphoria commonly go unnoticed. But instead of getting small, Beck and his gorgeous backstage playmates are going through growth spurts. Cosimo, Beck’s four-year-old son, is crazy talkative and has more bounce in his step than a Timbaland bass line. Beck’s daughter, Tuesday, barely one, is still all gurgles, but she made her Berlin stage debut a week ago, her tiny eardrums protected by massive cans as she crawled among the monitors while Dad powered through “New Pollution.”

Beck is experiencing new sensations, too. Modern Guilt, his 11th album, is days away from release. It’s the final record in his deal with the Universal Music Group — a business relationship that has endured for 14 years — and his future as a slicing- and-dicing track master, popping-and-locking showman, and icon of cultural cool is emphatically up in the air. At 38, Beck is more than a decade past his smirking commercial peak — 1996’s double-platinum bricolage masterpiece Odelay — but arguably in only the earliest phase of his emergence as a mature songwriter and recording artist. Coproduced by Beck and Gnarls Barkley soundscaper Danger Mouse (a.k.a. Brian Burton), Modern Guilt percolates on the surface with sonic pleasures but haunts subliminally with a very dark portrait of paranoia, weariness, and societal ills.

Riffing on cultural crises is one thing, but when a musician’s eyes finally open to the absurdities of the road, you know he’s taking the measure of his life. And only two weeks into an eight-week tour of Europe and the U.S., Beck has had it with the bus. “It’s like sleeping on a washing machine,” he says, bleary-eyed. He’s just rolled in from Zurich, Switzerland. Tonight, postshow, he and his family, his two nannies, his band, and his road crew will drive, and ferry, and drive some more to Southampton, England. Their sprint last week, from Arendal, Norway, to Berlin, was a brutal 25 hours. “My son got bounced all around the bus,” Beck says.

In even a remotely fun way?

Read the entire Beck feature in the September issue of SPIN, on newsstands now, and via SPIN Digital, our free digital edition, available beginning Monday, September 1.