With schmaltz and snide, this time-honored songsmith crafts yet another entry in America's songbook. 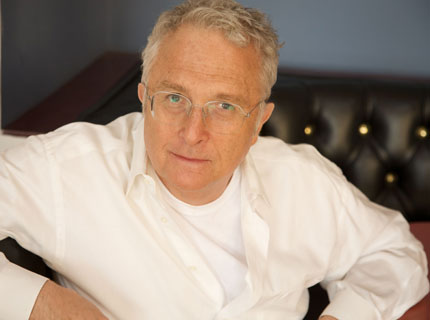 What? Bitingly satiric, laugh out loud funny, ironic, and bitterly poignant, Randy Newman returned last week (Aug. 5) in typical form, releasing his first album of original material in nine years, the widely acclaimed Harps and Angels. With 10 tracks, the album sees Newman putting forth his standard fare of brilliantly written pop standards, which run the gamut from comic to romantic as he spins yarns and speaks his mind eloquently in that unmistakable drawl.

And as he has done so well over the course of his career, the master composer in Newman mixes musical genres as he shifts effortlessly between plodding ballads and rollicking Southern-style rock’n’roll. Complimented by outstanding production values and a bevy of top-notch studio musicians, Harps and Angels is musically, as well as lyrically, intricate and intriguing.

Who? While Newman was born and raised in Los Angeles, he spent his elementary years deep in the music-filled belly of New Orleans. That upbringing, coupled with a musical genealogy that includes three uncles who were noted Hollywood film-score composers, figured prominently into creating the artist who has led such a storied career. With 16 Oscar nominations and one win, four Grammy Awards, and an induction into the Songwriters Hall of Fame, Newman is highly decorated and continues to write his chapter in the great American songbook.

Though known to many as “that guy who writes songs for animated movies,” Newman has a career that goes back more than 45 years. Since his first single in 1961, Newman has made a name for himself as one of the most respected songwriters this century. Sure, he’s a little bit Broadway and more than a bit schmaltzy, but Newman’s every bit as much pop and rock with songs like “Mama Told Me Not To Come,” “You Can Leave Your Hat On,” and “Sail Away.”

Fun Fact: With Harps and Angels track “A Few Words in Defense of Our Country,” originally released as a single in 2007, Newman set new standards in modern-day protest songs, getting so vehement that The New York Times, which printed abridged lyrics in an Op-Ed column, was forced to sensor his rants.

Now Hear This: Randy Newman, “A Few Words in Defense of Our Country”