Austin-bred folkies prep the sequel to 2007's The Stage Names for release September 9. 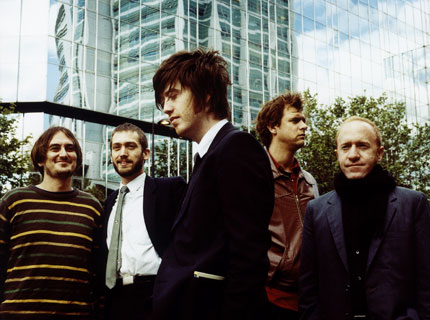 What? As proven by the double success of 2005’s heart-tugger, Black Sheep Boy, and its excellent leftover scraps follow-up, Black Sheep Boy Appendix, Austin’s Okkervil River are always trying to bring a grand idea full circle. And with the The Stand Ins, the act’s new album and sequel to 2007’s The Stage Names, out September 9, Okkervil River bring closure to an intense and cinematic drama with explosions of folk and lyrics that tell of a tragic ending unfolding atop a hotel roof in Manhattan.

Who? Okkervil River garnered cred in the Lone Star State by paving a club-by-club path to a 2000 SXSW appearance with just two EPs under their belt. Known for blurring the line between emotional freakout and cathartic lull, frontman Will Sheff’s literary approach to music has earned the band the reward of five LPs on the Jagjaguwar imprint, with many more EPs in between.

Fun Fact: Interactive album art abounds! If you stack The Stage Names above The Stand Ins, the complete picture of the album series reveals itself. Ohhhh… mysterious!