From the Eastsport Cafe at Lollapalooza ’08: The National 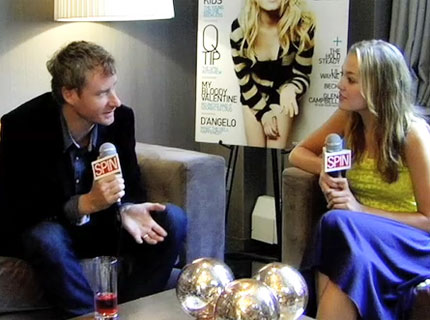 This past weekend (Aug. 1-3), throngs of fans gathered at Chicago, IL’s Grant Park for the mighty Lollapalooza festival, where they were able to catch top-notch sets by bands such as Radiohead, Nine Inch Nails, Wilco, Kanye West, and Rage Against the Machine, among others.

Amidst the musical barrage, SPIN.com lounged in the Eastsport Cafe with the National’s deep-voiced frontman Matt Berninger. Check out video of the vocalist chatting about performing in Central Park, the band’s future plans, the beauty of Scandinavians, and much more. And don’t forget to check out Spin Editor Doug Brod’s blog wrap-ups from all three days of the event!