From the Eastsport Cafe at Lollapalooza ’08: Does It Offend You, Yeah?

Watch SPIN.com's Peter Gaston chat with the electro-rockers' Morgan Quaintance about band name abbreviations and calling your mother to tell her you're famous. 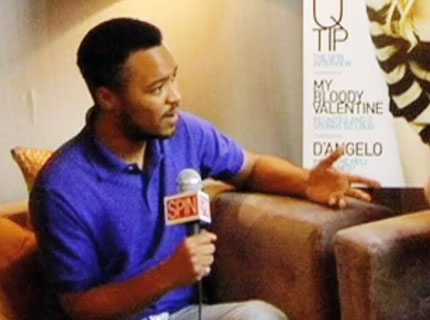 This past weekend (Aug. 1-3), die-hard music fans perspired in unison under the sun at Chicago, IL’s Grant Park during the mighty Lollapalooza festival, soaking up top-notch sets from the likes of Radiohead, Nine Inch Nails, Wilco, Kanye West, Rage Against the Machine, and many others.

And during the festivities, SPIN.com’s Peter Gaston chilled with Morgan Quaintance of UK electro-rockers Does It Offend You, Yeah? briefly to chat with the co-vocalist about living life through film, subsisting off jerky and Mountain Dew, and the band’s upcoming tour with Nine Inch Nails (not to mention Trent Reznor’s muscles). Watch the complete video interview below, and don’t forget to check out Spin Editor Doug Brod’s blog wrap-ups from all three days of the event.

Now Watch This: SPIN.com interview with Does It Offend You, Yeah?

Joseph Coscarelli
Tags: Does it Offend You Yeah?, Eastsport Cafe, the wire, Videos