Watch SPIN.com's William Goodman chat with the Australian popstress about her upcoming collaboration with Christina Aguilera. 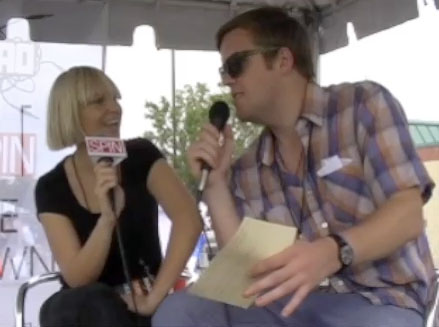 With lively sets from the Killers, Iggy Pop and the Stooges, the Whigs, Man Man, and many others, this past weekend at Philadelphia’s Download 2008 event was certainly stirring. And offstage in SPIN.com’s interview tent the action continued, most notably, in a chat with Australian-born, onetime Zero 7 singer Sia, who revealed her forthcoming collaboration with Top 40 regular Christina Aguilera.

Yesterday, SPIN.com revealed the exciting news, and today, we bring you the entire video interview with Sia. Check out the footage below, in which the bubbly singers chats about not only the collaboration on Aguilera’s next album, but also her latest set, Some People Have Real Problems, and material for a new record, hopefully out next year.