Post-punk icons present their 11th album -- as relevant and esoteric as the first -- in 31 years. 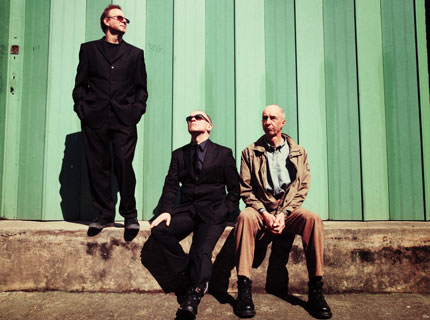 What? Rock critics and musicians alike — Michael Stipe, Robert Smith, and Robert Pollard just to name a few — have heralded Wire as founding fathers of the U.K. post-punk scene in the late ’70s, having shaped a new and influential form of atmospheric art-house music. And with the release of Object 47 on July 15, the band’s original members show how well they’ve aged and how far they’ve come since their ’77 debut. Tracks like “One of Us” and “Perspex Icon” flaunt vocal effects over simple dancehall hooks, while “Circumspect” and the decidedly Depeche Mode-ian “Four Long Years” are as contemplative and dreamlike as fans would expect.

Who? Band members Colin Newman, Graham Lewis, Robert Grey, and Bruce Gilbert have had a rocky go of it over the years. Their albums have been recorded in fits and starts as the members have taken sabbaticals to pursue solo projects and redefine the group’s direction. Guitarist and occasional songwriter Gilbert left the band in ’04 (leaving a hole filled by the likes of former Laika member and PJ Harvey touring guitarist Margaret Fiedler McGinnis). Having consistently reshaped their approach both sonically and intellectually, Wire could have stopped decades ago and still been considered instrumental in the history of U.K. music and punk in general. But with a 2008 world tour currently in swing, these guys don’t show any signs of slowing down.

Fun Fact: Drummer Robert Grey (who went by Robert Gotobed in the band’s early years) allegedly fired himself in 1990 due to the increased use of electronic drum machines by the band. Subsequently, the guys dropped the “e” from Wire and recorded The First Letter in ’91 under the name Wir to symbolize the lost member.