Jack Black and Kyle Gass join already awesome lineup of Flaming Lips, Pearl Jam, and Foo Fighters for VH1's ode to the Who. 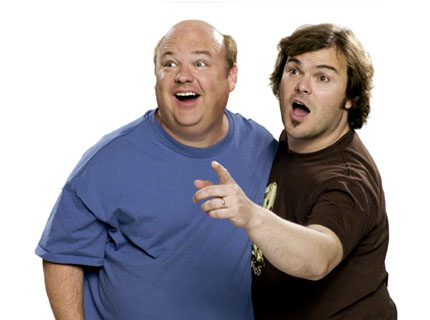 VH1 was clearly insistent on recruiting some genuinely badass talent to pay tribute to the Who at VH1 Rock Honors, which is taping this Saturday, July 12 at L.A.’s Pauley Pavilion and airing on the network July 17 at 9 P.M. But apparently they’re more Tenacious than we thought, as the D — aka Jack Black and Kyle Gass — will make the stage explode like a Kung Fu Panda opening weekend at the box office. Incubus has also been added to the roster of homage-paying acts, which already includes Pearl Jam, Foo Fighters and the Flaming Lips.

D’s inclusion is fitting, since the likes of comedic actor Rainn Wilson will also be presenting or otherwise participating. Funny business aside, the Who’s influence (as evidenced by the lineup) over a remarkably diverse array of musicians warranted Rock Honors’ first-ever installment dedicated to just one act. Take that, Metallica (and by take that, we mean we love you).

And while tickets are still available via Ticketmaster, you can check in with SPIN.com in the days following the concert for our own special coverage.