What we learned this week: Famous people really love the Who. The quickest way to have your legacy ruined is to die. And much more. 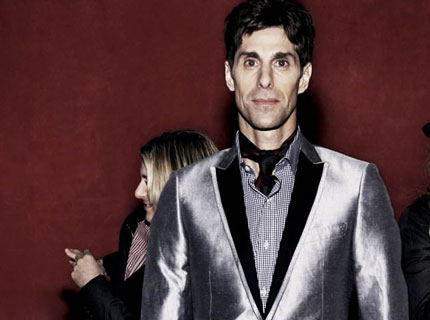 We’re in the thick of the summer’s dog days and you’re either loathing or adoring ‘em, depending on how well you’re air conditioner works. But our sweat glands have been heavily secreting as well, as SPIN.com stalked the red carpet at VH1 Rock Honors’ tribute to the Who; worked up stern warnings to superstars like Bruce Springsteen and Madonna to stay alive and avoid getting heinously remixed like Johnny Cash; and sat down with Anthony Green, who played us a little ditty. Now, Cool down:

What we learned from VH1 Rock Honors’ tribute to the Who: Any band that can bring David Duchovny, Margaret Cho, and Wayne Coyne together must be important. Armed with miscellaneous gifts including glow sticks and a marshmallow cheeseburger, SPIN.com correspondent Ben Lashes berated the A-listers and rock superstars in a hilarious video available here.

What we learned from Johnny Cash: If you’ve made great music, don’t pass away because someone will screw it all up.We listed The Most Likely Living Superstars to Be Posthumously Exploited as music fans everywhere hung their heads in shame at the release of Johnny Cash Remixed.

NEWS:
— Exclusive Interview with Perry Farrell About Lollapalooza ’08
“The loveably spacey Lollapalooza founder and onetime Jane’s Addiction frontman chats about keeping the ‘alternative nation’ alive.”
— Nas Unveils Summer Tour
“Hip-hop legend to span the U.S. with Talib Kweli in between appearances on the Rock the Bells tour, in support of new, untitled album.” Check out this week’s Artist of the Day on the Queensbridge, NY MC as well.
– New Jenny Lewis Album Due in September, Tour with Conor Oberst to Follow
“Rilo Kiley frontwoman-cum-solo songstress preps second full-length, Acid Tongue, for a fall release, plays dates with sometime-Bright Eyes maestro.”