‘SPIN’ Slays the Competition at Music-Trivia Contest For Charity

Last night (July 21) at Joe's Pub in New York, Spin editors and writers like Doug Brod, Charles Aaron, and David Marchese proved their music-knowledge mettle in a competition against peers from publications like Rolling Stone and Complex. 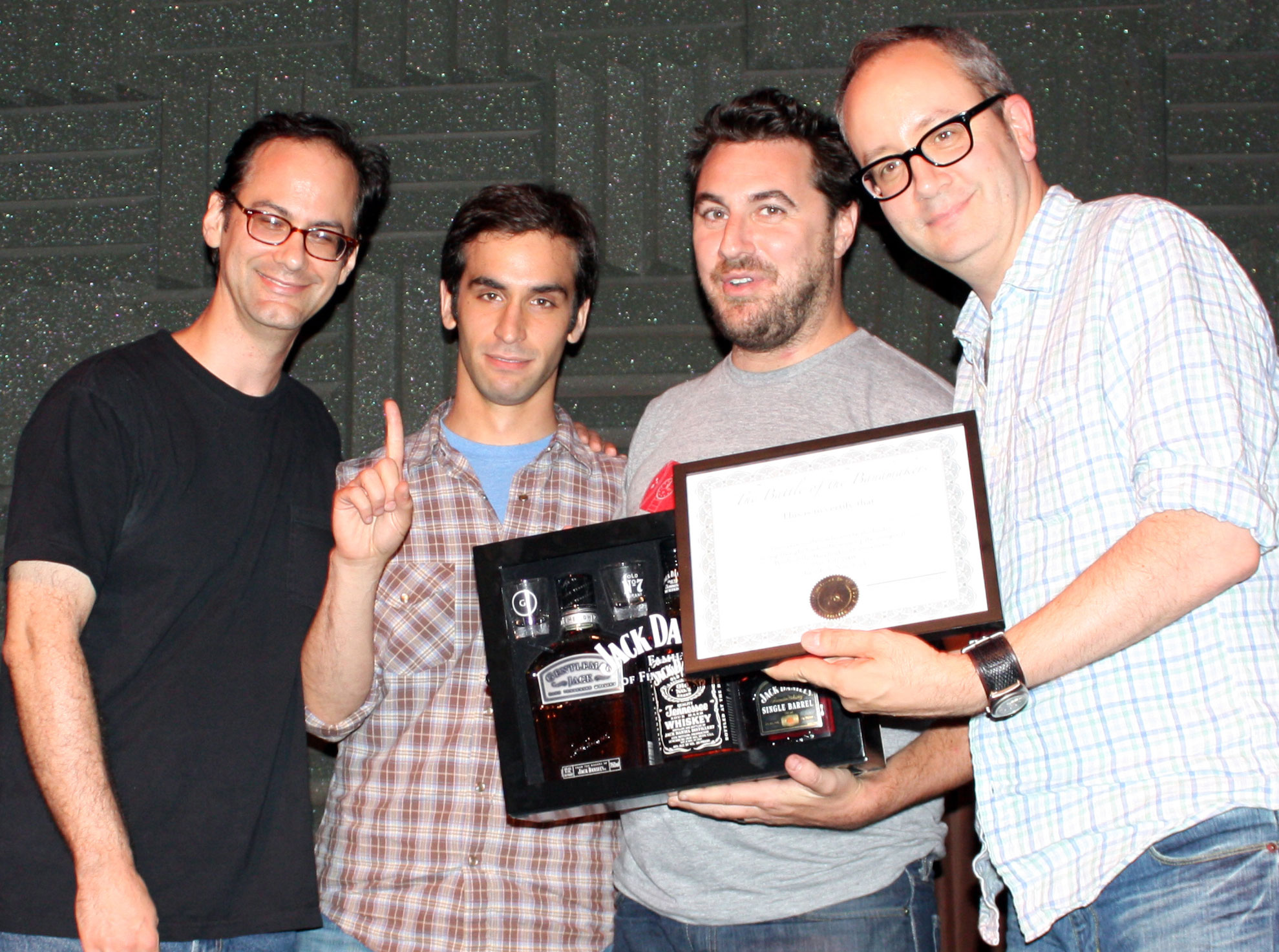 Staffers from several music publications, including Spin, Rolling Stone, Complex, Fader, and Paste — along with the unlikely camaraderie of Golf Digest (who helped organize the event) and Heavy.com — matched wits in the Battle of the Band Makers music-trivia contest at Joe’s Pub in New York last night (July 21) to raise awareness for the Lokichoggio Elementary School in Kenya. Unfortunately, team Blender missed out on the festivities due to, as it was announced, a “wardrobe malfunction” issue at a Pussycat Dolls photo session.

The teams were calm early on as they warmed up over dinner and drinks, but as the rounds of questions progressed further, the mingling morphed into good-natured jeers. Questions ranged from selecting top songs of an era, correcting “misheard” lyrics (“Jo Jo was a man before he was woman?”), identifying members of supergroups and answering inquiries like, “Why did Sinead O’Connor create an uproar in 1992?” (ripping up a picture of the Pope would do that). Rolling Stone stayed neck and neck with the crew from Spin until the fifth round, when Spin took the lead as a very Spin-friendly audience broke into applause.

In the end, though the Golf Digest team had some difficulties, they edged out Complex, while Spin retained the lead and went home with a Jack Daniel’s giftset as reward, and the knowledge that they supported a charitable cause with their considerable music expertise.

Check out photos on page 2

Now Watch this: Questions from round one

Final scores of the night

Sachyn Mital
Tags: We Were There