Singer/songwriter Kevin Devine outlines his thoughts on political songwriting and the state of the world in connection with his political folk polemic, which you can stream for the first time anywhere here. 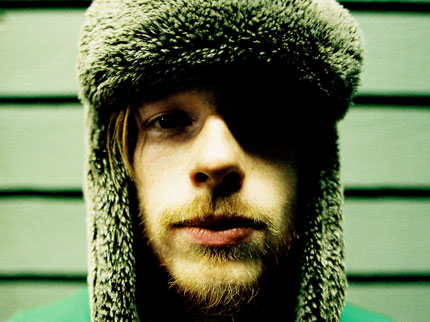 Political songwriting can often come off as poorly thought-out or undercooked, especially when it involves the same sort of vague sloganeering that exists in political campaigns. The absence of heavy-handed rhetoric is what distinguishes Brooklyn singer/songwriter Kevin Devine’s “Another Bag of Bones,” off of the 7″ of the same name (which will come out Aug. 19 via Academy Fight Song on blue-and-red vinyl and features a b-side cover of Phil Ochs’ “Love Me I’m a Liberal”), from the recent glut of political songs. Well, that and Devine’s magnetic voice and tension-building arrangements. Hear for yourself by checking out the exclusive premiere of the track below.

“I am not a nihilist,” Devine tells SPIN.com of his political persuasions. “I have hope in my life and believe in people’s better natures while keeping aware of their worst ones,but ‘Another Bag of Bones’ is something that came from a pretty concerned and fearful place: the sinking feeling that maybe our moment on history’s arc is past its apex.

“As such, I don’t know if it’s a song about politics in any traditional sense,” he continues. “I certainly know it’s not a song about this or any election cycle, or a hopeful song about, at the time it was written, any of the major party candidates competing in the primaries — save for maybe [Dennis] Kucinich.”

On the flip side of Another Bag of Bones is his modern reinterpretation of seminal political songwriter Ochs’ “Love Me, I’m a Liberal,” which touches upon of-the-moment issues like Barack Obama’s candidacy and Hurricane Katrina.

“My mom listened to his music a lot when I was growing up, and I always loved how fearless and radical his lyrics were, but how inviting and warm his voice and best melodies were,” Devine says of the influential folkie. “I love duality like that. I always loved how wry and sharp and unflinching this song was — a fuck you to comfortable liberalism from an unashamed radical… He seemed like a person who genuinely cared about people and about the world, maybe too much or too intensely. And it’s a great song.” And as Devine demonstrates, no matter how politically in-the-know you are as an artist, you ain’t nothing without great songs.

Now Hear This: “Another Bag of Bones”