The legendary songwriter is set to release a three-disc rarities set, Tell Tale Signs, this fall on Columbia; we take a look at some groups that we wish were as generous as Mr. Zimmerman. 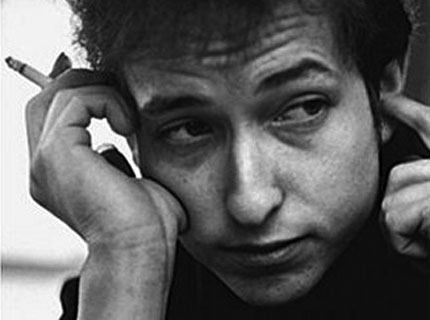 Clear some space on your record shelves (or your iPod, for that matter): folk/rock/everything icon Bob Dylan plans to release a new three-disc rarities compilation, Tell Tale Signs, Oct. 7 via Columbia. The set will largely focus on the last 20 years of the man legally known as Robert Zimmerman’s career, including soundtrack contributions, live cuts, and previously unreleased session material.

Tell Tale Signs marks the eighth release in Dylan’s Bootleg Series, which has previously featured hard-to-find live sets and even more exclusive rarities from various points in his career. Undoubtedly, Dylan is one of the more generous musicians when it comes to unloading his vaults. But it makes us wish that others were more forthcoming with never-released material. Below, we take a look at five artists that we wish would embrace the spirit of exhaustive giving for our listening pleasure.

In Need of Vault-Clearing: My Bloody Valentine
Why We’re Chomping at the Bit: The influential, recently reunited shoegazers (and subjects of an article in the August issue of Spin) haven’t released a full-length since 1991’s titanic Loveless, but it hasn’t been for lack of trying. Sporadic studio work, scrapped albums, and long-promised rarities box sets have only further toyed with frustrated fans’ emotions. On the other hand: can any of the material really be as incredible as their now-nearly-20-years-old longplaying classic?

In Need of Vault-Clearing: Wu-Tang Clan/RZA
Why We’re Chomping at the Bit: Obviously, there’s never a dearth of material from the individuals that make up the mighty hip-hop collective; their solo joints seem to be as frequently released as the daily newspaper. However, the crew’s shadowy beatmaking genius, RZA, is as widely known for his strict quality control as he is for his privately prolific nature. And given the group’s erratic collective chemistry, one can only imagine the sick tracks that were swept up on the cutting-room floor. Add to the pile a long-labored-over unreleased RZA solo record, the Cure, and you’ve got what’s sure to be a treasure trove of beats waiting to hit head-nodding ears.

In Need of Vault-Clearing: Beck
Why We’re Chomping at the Bit: Granted, the pop-culture chameleon has been on a slightly more prolific run of late, releasing three records in the last four years, but that doesn’t clear out the extensive session material that invariably results from Mr. Hansen’s quick-paced songwriting ability (when he wants to write, that is). From potential full-lengths set aside to leftover tracks, there’s got to be enough material for Beck’s own Bootleg Series, or at least another foot in the grave.

In Need of Vault-Clearing: Neutral Milk Hotel
Why We’re Chomping at the Bit: Like MBV, psych-folk outfit Neutral Milk Hotel — helmed primarily by known recluse Jeff Mangum — have practically dropped off of the face of the sonic plains after 1998’s touchstone In the Aeroplane Over the Sea. As all-too-rare interviews with Mangum and shitty-sounding bootlegs can attest, new songs had been written and possibly recorded in the past, but the probability of any formal new release remains doubtful, especially after Mangum himself put a halt to an NMH rarities release back in 2005. Now, if someone’s going to snag Ian Curtis’ gravestone, how is no one trying to snatch up those tapes?

In Need of Vault-Clearing: Neil Young
Why We’re Chomping at the Bit: From the long, long, long out-of-print Time Fades Away to the never-even-saw-the-light-of-day Homegrown, as well as countless re-workings and session material in between, Young most certainly wins the title of “most prolific, least generous” — hands down. For years, there have been multitudes of promises to release a plethora of archival material in official form, but other than a couple of stellar live recordings (this writer, personally, recommends Live at Massey Hall), Shakey fans haven’t been blessed just yet. There have been recently announced plans to release the long-delayed Archives Volume 1: 1963-1972… on Blu-Ray???