Bonnaroo may have to take a cue from across the pond and rename its host city Madchester for a weekend, as there was plenty of crazy time to be had. Scroll below to watch video of particularly potent acoustic performances, special for SPIN, by Broken Social Scene, Gogol Bordello, and others. 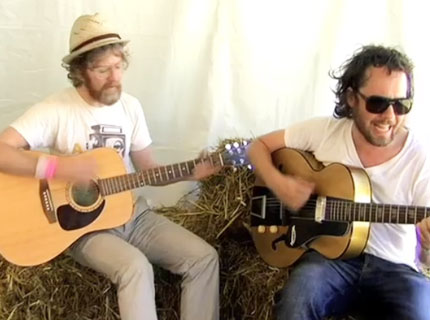 What do Nicole Atkins and Gogol Bordello have in common? Outside of being red-blooded and enjoying the music-making process, probably not much. At least until they took a moment mid-Bonnaroo to grace SPIN’s eager cameras for private acoustic renditions of the hits they would later bust out for thousands of adoring, sun-damaged fans. Click on any of the links below for intimate outtakes from not just Atkins and Bordello, but Broken Social Scene, Dead Confederate, and more.