Download the Toronto psych-quartet's "Your Kids Will Know" and find out a little more about them by way of their favorite famous Kens. 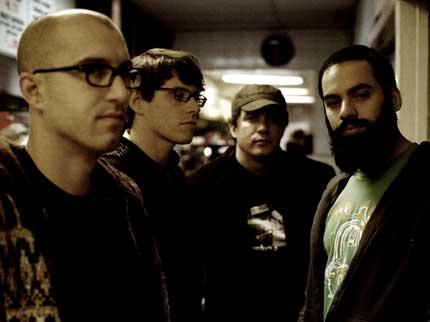 An exclusive cut from the forthcoming record, “Your Kids Will Know” (DOWNLOAD MP3) is available for exclusive download through Spin.com. The track’s droney verse structure and chaotic, tribal chorus create an unsettling juxtaposition that should enrapture fans of similarly minded bands No Age and Liars.

But since they’re relatively new to many ears (despite forming five years ago), we asked the Canadian quartet — none of whom, you may have noticed, are named Ken — to reveal a bit about themselves by naming their 10 favorite Kens (or rather nine Kens, and one Kent):