Sidestepping Jenny Lewis and ducking Blake Sennett, the purveyor of low-end for Rilo Kiley breaks out, prepping The Way That it Was, a solo endeavor of his own. Stream "Never Thought" here. 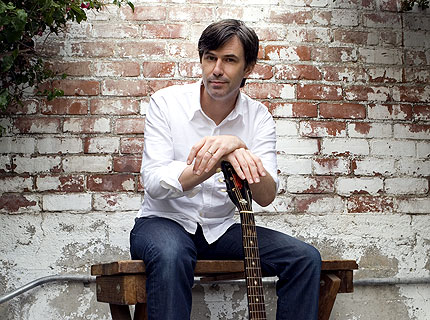 Hot on the heels of SPIN.com’s announcement that Jenny Lewis wasplanning her second solo effort, Rilo Kiley bassist Pierre de Reeder has announced his own intentions to drop The Way That it Was on Aug. 12 through Little Record Company. And SPIN.com has the exclusive premiere (see below) of “Never Thought,” one of the record’s most luminous tracks.

On the pop-folk ditty, de Reeder pairs acoustic plucks with a bright lead and lush harmonies on a timeless pop melody, instantly affirming his membership in the noteworthy-side-project club already frequented by his bandmates. Rich layers of “hey, hey, hey” and “ha, ha, ha” reach great heights and shimmer before the song’s guitar solo playfully hijacks the middle section. By handling nearly all of the album’s instrumentation, de Reeder proves why he’s such an asset to Rilo, but by writing a song the caliber of “Never Thought,” he successfully stands alone.