Two sextets make for an exuberant summer night of dancing, chanting, and making out on the dance floor. 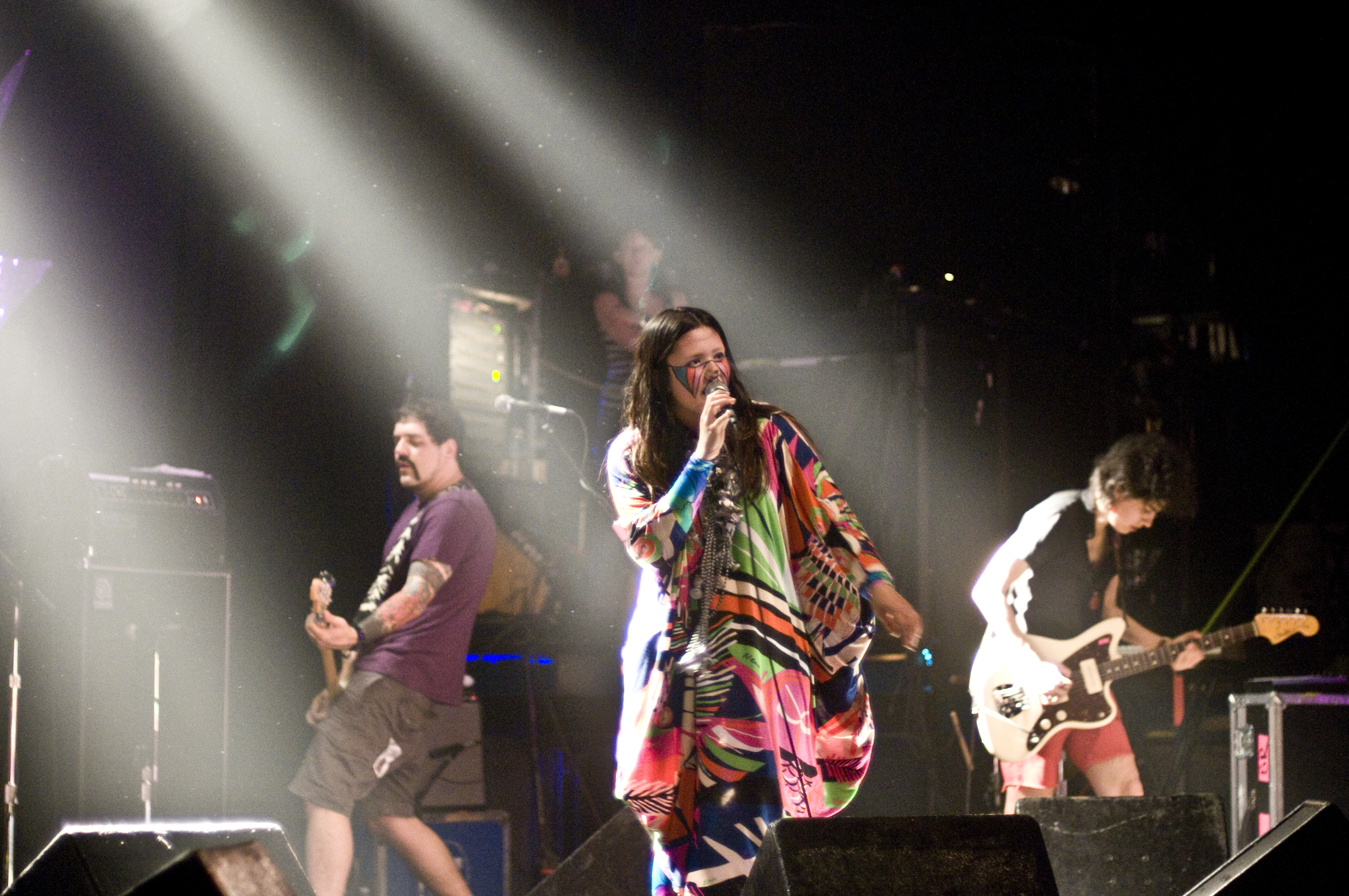 It was a dog day, a sunglasses-and-cool-jams day in the Twin Cities. And good thing CSS and the Go! Team were on hand last night (July 30) to bring music and sex appeal to Minneapolis’ First Avenue venue, as it was the perfect kind of day to move into an all-night dance party.

Tour newcomers Natalie Portman’s Shaved Head (sure to make both Best and Worst Name lists this year) primed the audience with their slinky electro-pop while Matt and Kim had an abortive performance. A couple bars into opening up with “The Final Countdown,” Matt’s keyboard crapped out. His replacement made it through two more songs before dying, as Matt attributed it to all the “rock in the room.”

There were no fears of a short set from the Go! Team. The Brighton, U.K. crew covered material from both 2004’s Thunder, Lightning, Strike and last year’s Proof of Youth, starting (fittingly, in light of Matt and Kim’s quandary) with “The Power is On.” And it was rapper/vocalist Ninja leading the charge, decked out in thigh-high athletic socks as guitarists Ian Parton and Sam Dook catapulted themselves around stage. Mad musical chairs ensued, with every member playing just about every instrument and the crowd ate it all up, jumping with the frenetic changes. For “Huddle Formation,” Ninja split the crowd down the middle to handle the chorus, all hands in the air, as the bodies didn’t stop moving while the lights went down.

When CSS took the stage after midnight, the crowd had cooled a bit and were starting to slink off into corners. Frontwoman Lovefoxx and co. still threw themselves into their show, replete with makeup, lights, dancing, and booze. She referred to “Alcohol” as their “love song” and dedicated it all the openers while instructing the audience to take part in arm-waving movements. After leaving the stage, they sealed the deal with their encore: a roaring version of “Let’s Make Love and Listen to Death From Above” into a breakdown of “Alala.” With blinding strobe lights illuminating the lovers in the pit, the closing notes were a hip-shaking, hand-clapping, joyous move into the night.


CSS’ Lovefoxx shakes it up with her makeup on. / Photo by Jon Behm


Lovefoxx salutes the crowd with a drink. / Photo by Jon Behm


Matt and Kim make the best of some technical difficulties. / Photo by Jon Behm

Carl Atiya Swanson
Tags: We Were There