The Broken Social Scene co-founder steps out with his first solo outing, Something for All of Us, which drops today (July 22) via Arts & Crafts. 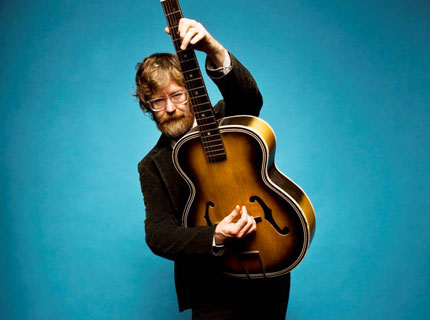 What? The members of Broken Social Scene collect side projects the same way most people hoard takeout menus. But while the umpteen others quell their creative urges, BSS co-founder Brendan Canning has remained one of the quieter members of the Canadian indie super group — until now. With Something for All of Us, out July 22 on Arts & Crafts, the bearded, bespectacled bassist is stepping out of the shadows, and attention must be paid. Canning stays true to the collective’s trademarked baroque-pop aesthetic, and his record blooms with the same slow-building beauty of a BSS disc. Effervescent anthems, sparse lullabies, and restless samples coalesce in a blissfully chaotic production style — tempered by Canning’s own rasp-whisper delivery.

Who? Canning –who has played music for nearly 20 years — formed the Toronto-based BSS with Drew in 1999 and is the second artist to have a solo record released under the BSS Presents… billing. While the bulk of SFAOU was recorded and written with the aid of newcomers and next-door neighbors, it wouldn’t be a BSS Presents… album unless a few core scenesters (Drew, drummer Justin Peroff, Jimmy Shaw on horns, and vocalist Lisa Lobsinger) lent their expertise to these 11 tracks.

Fun Fact: Living up to his nickname, “The Champ,” Canning put his multi-tasking skills to the test while making SFAOU. In between banking studio time, he starred in an upcoming documentary about his career and kept his soccer team in premier division standing.

Now Hear This: “Churches Under the Stairs”