500 bands move into the head-to-head round, vying for a record deal in Spin, Hennessy, and Music Nation's talent search. 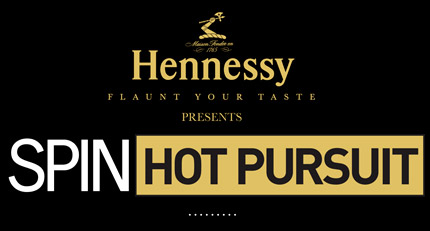 After over two months of voting in the second annual installment of the Hot Pursuit, a talent search presented by Spin magazine, Hennessy, and Music Nation, 500 bands have graduated from general voting into the head-to-head competition, and now battle for 24 slots in the next round.

Head over to the Hot Pursuit website, check out the head-to-head player pitting artists against each other, and vote for your favorite act!