The mish-mash DJ extraordinaire pulls the proverbial "Radiohead" and releases new album Feed the Animals as a pay-what-you-want download. Conventional disc out Sept. 23. 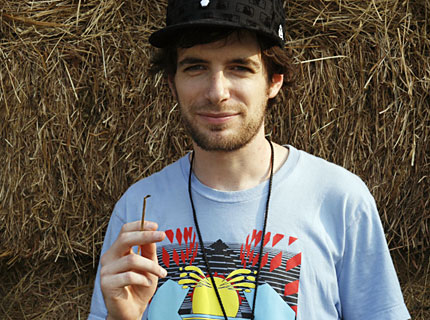 A conventional album — ie: compact disc — will be released Sept. 23 by Illegal Art, while a vinyl edition will be distributed via Wham City.

One upping Thom Yorke and crew, Girl Talk has offered fans further incentive to donate to his cause; those who offer any money at all will receive the album as a high quality MP3, while Gillis devotees who dig into the $5 bracket will be rewarded with not only a high quality MP3, but also the entire 50-minute set as one long track, “which is how Gillis intended for people to listen to the album,” explains a statement.

A donation of $10 or more gets you the aforementioned perks plus a packaged CD when it drops in September.

Catch Girl Talk mixing up new tunes on tour this summer; it’s certainly not complete without the feet-shuffling, confetti-ridden performances Gillis is known for.