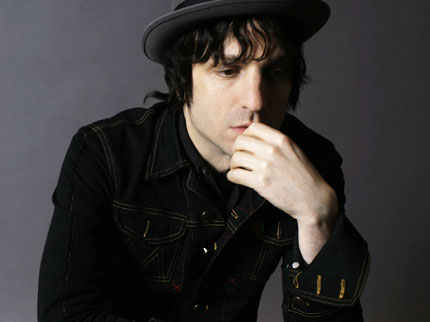 What? While many a punk icon dwindle into obscurity, burn out or fade away, New York City’s Jesse Malin, frontman of ’80s hardcore act Heart Attack, and later glam rockers D Generation, among others, adopted a new countrified sound and forged a respected solo career. And tomorrow (June 3) he pushes forth, returning with a new live collection entitled Mercury Retrograde.

Recorded at (and bearing the title of) his beloved hometown’s Mercury Lounge, the new set flaunts cuts from across his illustrious career, including solo tracks “Wendy” and “Black Haired Girl,” off 2003’s The Fine Art of Self Destruction and 2007’s Glitter in the Gutter, respectively. Listen to the aforementioned tunes below, and pick up Mercury Retrograde tomorrow (June 3) when it hits digital outlets.

Who? Jesse Malin, storied Big Apple punk icon, sought after collaborator, and frontman of Heart Attack and D Generation, in addition to the Finger, Bellevue, and PCP Highway, among others. Lately, Malin has been a busy man, reuniting the D Generation to play their first gig in ten years at CBGB’s refurbished digs, and remembering another punk icon, the Ramones’ Joey Ramone, with a searing, all-star set at the Fillmore East. Fans can catch Malin and his band the Heat on tour this summer with Butch Walker.

Fun Fact: During the recording of Mercury Retrograde, one particular Malin fan had a “hands on” encounter with her rock’n’roll idol. “A girl started to unbutton my jeans while I was singing Neil Young’s ‘Helpless,'” Malin told SPIN.com. “It wasn’t Bonnaroo, it was almost Boneroo. A live show is an interactive experience!”