Jay-Z vs. Oasis at Glastonbury

Hova's "Wonderwall" performance at Glastonbury has the message boards bangin' like it's Kanye at Bonnaroo all over again. Let's see what folks on both sides of the fence (and pond) have to say. 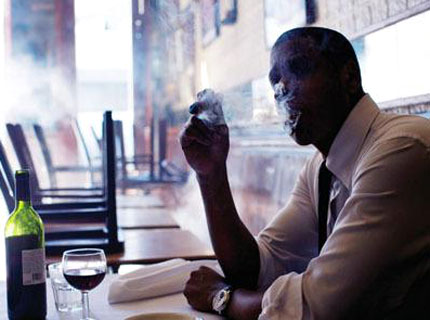 As has been well documented in YouTube land, Jay-Z reacted to Oasis guitarist Noel Gallagher’sdispleasure over the rapper’s Glastonbury appearance by skewering their humorlessness and emerging with an electric guitar to perform “Wonderwall” as his opener. And while Jigga isn’t the only artist to use the stage as his pulpit to address an antagonist, this is certainly one of the few-cross genre feuds we’ve seen in a while.

Henceforth, the chatter on message boards world-round was delightfully divisive. Here’s what music fans, bloggers, and concertgoers from both sides of the fence had to say:

“Listening to the radio on the way home yesterday, he was generally a hit with the critics. Thought it was quite ironic that the biggest cheer of the night was for ‘Wonderwall’ at the beginning of his set!” — Bluearsedfly, efestivals.co.uk

“The cover of ‘Wonderwall’ was a bit of a gimmick, but it made everyone laugh and really set the tone for the night. The next song [’99 Problems’] was the ‘true’ opener… everyone around me went mental and literally sang every word of the lyrics.” — Peteyboy, efestivals.co.uk

“Noel had it coming, really. It was funny, but I don’t think it got the response Jay-Z was quite hoping for.” — Supersonic1983, live4ever.proboards48.com

“I can think of about a thousand ways he could have been a little more creative and clever about it, but I think it was a miss on his part if he was trying to respond to Noel’s statement.” — Castlecraver, live4ever.proboards48.com

“If you were down [in] the front then you really were in for a treat. The crowd was so up for it and he played all of his best songs and singles. The opening video was class and the ‘Wonderwall’ sing-along was GENIUS.” — Joshuwarr, efestivals.co.uk

“I think Jay-Z failed. Miserably. He picked the most popular Oasis song to play, and he played it at what is primarily a rock festival, in England, where there are many Oasis fans. The sing-along proved Oasis’ likability and popularity, and thus an EPIC FAIL on Jay-Z’s part to prove otherwise.” — The hero that’s still unsung, live4ever.proboards48.com

“He killed that show, which I knew he would.” — lovelynurse4u, younghova.proboards24.com