We poll the fans after the Big Sleep's Thursday set to see what they thought of the Brooklyn trio. 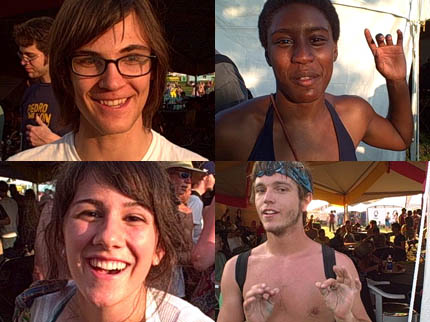 Brooklyn three-piece the Big Sleep wasted no time getting things going Thursday afternoon, kicking off their set, one of Bonnaroo’s first, with a screeching intro that was the perfect precursor to the hour of chaotic, pounding psychedelia to come.

Nothing if not epic, the band’s buzzing guitar and screeching synth drew a massive and enthusiastic crowd of curious fans into the shade of the Troo Music Lounge, which eventually overflowed into the grass, forcing latecomers to peek over shoulders and peer through cracks in the tent for a glimpse of the sweat soaked trio gyrating onstage. As the set finally drew to a close, there was a palpable sense of excitement for what the rest of the weekend has in store.

Here’s what some of those fans had to say: