Catch the Buzz: The Postelles 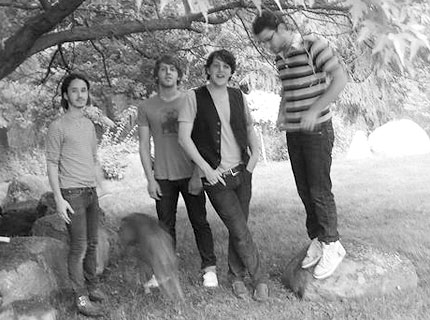 Who? With a loyal following across the Atlantic culled via a series of heated live sets and plenty of radio air time, New York City-bred quartet the Postelles are finally poised to break out stateside with their jangling, catchy retro tunes leading the way.

Having met and formed while all in high school, the four boys of the Postelles — set to hit the Bonnaroo stage tomorrow! — serve up a hooked-at-the-gills, head-bobbing rock’n’roll groove. And nowhere is their sound as refined as on “123 Stop,” the band’s swaying new single featuring the production work of first-time knob twiddler, Strokes axeman, and blossoming solo artist Albert Hammond Jr.

Their latest: The Postelles EP dropped earlier this year, and the quartet’s debut full-length, a yet-to-be titled affair, will drop sometime this summer.

Recommended if you like… The Kooks, the Cars, the Strokes