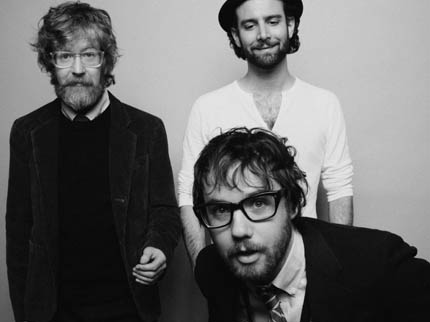 What: With the second installment of the Broken Social Scene Presents series — Brendan Canning’s Something for All of Us — scheduled to drop July 22, the Toronto collective will bring their expansive jam-pop to Bonnaroo this weekend. The group is known for its multi-faceted, heavily-instrumented songs, in which multitudinous musical ingredients build together around simple song structures. The results range in style from sprawlingly exuberant to thoughtfully reigned-in, but are always perfect examples of pop collaboration at its most rich and inclusive.

Who: The Canadian supergroup was formed in Toronto in 1999 by core members Kevin Drew and Brendan Canning and has since been supplemented by an array of Canada’s crème de la indie crème (at last count the group boasted around 20 members, including Leslie Feist, Metric’s Emily Haines, Amy Millan of Stars, Jason Collett, Andrew Whiteman of Apostle of Hustle, and Ohad Bechetrit of Do Make Say Think). After their sleepily atmospheric debut Feel Good Lost, the band broke out with 2002’s Juno award-winning You Forgot it in People. Their self-titled third album followed in 2005, and the collective has since switched into franchise mode, “presenting” and supporting the solo projects of its members.

Fun Fact: At Lollapalooza ’06, Broken Social Scene played with 16 of its core members, completely stunning the crowd with a tearjerking version of “Anthems for a Seventeen Year Old Girl” and emerging for an emotional curtain call as the Red Hot Chili Peppers impatiently waited for them to finish. A truly magical set. Spin photographed the band for its Lollapalooza fashion spread that year.