VIDEO! As the impetus to numerous cases of whiplash, the Austin, TX-based metalheads' grinding riffs turn necks to Silly Putty as fans savor Bonnaroo's brash side. 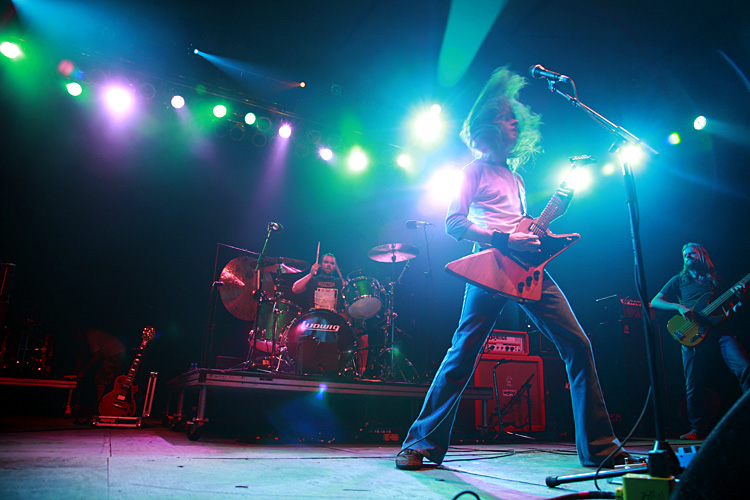 Like a robotic, muscle-laden extra from the action flick Universal Soldier, Trivett Wingo, drummer of Austin, TX’s the Sword, led the chattering, speed metal of Gods of Earth tracks like “Fire Lances of the Ancient” and “How Heavy This Axe,” accentuating the brain-hammering riffs of hirsute guitarist Kyle Shutt with cymbal crashes and rabbit-footed kick drum work. And some fans, at least those lured by Bonnaroo’s newfound penchant for metal acts, were just as unrestrained as the band onstage, thrusting devil horns and shaking uncontrollably to the face melting riffage.

Vocalist J.D. Cronise screeched like a young Ozzy, head banging away as the quartet dove into elongated jams. Though a fresh sound to the Bonnaroo canon, the Sword’s blistering sonic fit in well, and the band members’ trashing mess of hair added a new angle to the dread-heavy atmosphere.

Watch a clip from the Sword’s set: