Bonnaroo Reviewed: Against Me! and Mastodon 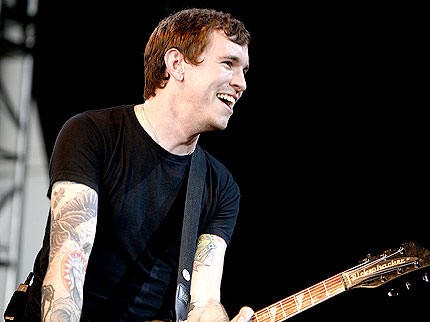 Despite the fact that the band used only 45 minutes of their allotted 75 minute timeslot, the energy and propulsion the Gainesville, FL punk band put behind their raucous performance was undeniable to everyone one the crowd — even those who had clearly never heard of the sweat-drenched four-piece.

Charging through a rapid-fire list of songs off last year’s major label debut New Wave like opener “Up the Cuts” and “White People for Peace” and older favorites like “Don’t Lose Touch” and “From Her Lips to God’s Ears,” the group redefined — as they do at every show they play — what true passion looks like onstage.

The show was particularly endearing as Against Me! was followed by metal band Mastodon, with whom the band shared a bill for two months last year. The crew for both bands were clearly glad to be reunited, hanging out backstage before Against Me!’s set, while fans in the crowd sported T-shirts from that tour in the crowd. Phil Lesh may have played for four hours, and Pearl Jam for three, but Against Me! proved that quality can certainly trump quantity.

Here’s what some of Against Me!’s fans had to say after the set:

Emily Zemler
Tags: against me!, Bonnaroo, mastodon, the wire, Videos