Windsor for the Derby 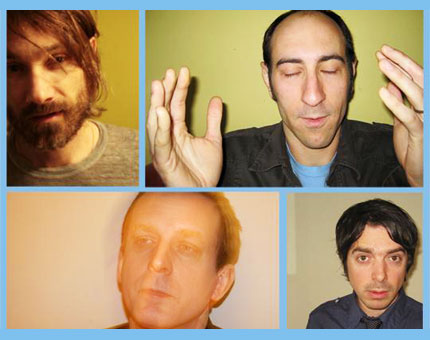 What?Windsor for the Derby find beauty in barren Texas with a mellow, driving drone of artful, amalgamative post-rock. Slow-burning and quiet, the band offers a more subtle version of the heavy and heady psychedelic atmospherics set forth by their fellow Austinites, the Black Angels. On How We Lost — their latest effort for Secretly Candian — they deviate slightly with the dancy calypso of “What We Want,” surprising pop sensibility and modern rock radio tones of “Maladies,” and the wavering wordless chorus of “Good Things” that emulates Explosions in the Sky.

Who? Understated as their sounds, Windsor for the Derby has actually been a band for over a decade beginning with its first release Calm Hades Float in 1996. Its lineup currently consists of a core five-piece plus a rotating cast of characters.

Fun Fact: The band’s slow builds and quiet revelations were actually featured on the 2006 soundtrack for Sofia Coppola’s Marie Antoinette.

Now Hear This: “Fallen Off the Earth” (DOWNLOAD MP3)