Former Guided by Voices wunderkind continues prolific career with Robert Pollard Is Off to Business, his third album in less than a year, out June 3. 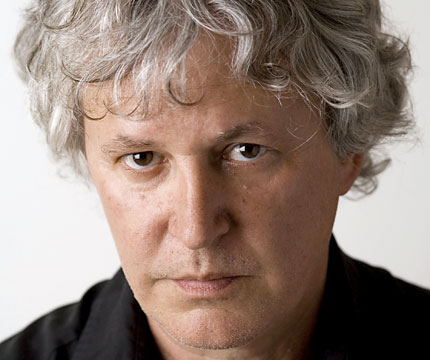 What? From Guided by Voices’ early lo-fi releases to their glossy, radio-chasing “professional” era, to the raucous frontman’s solo demos, Robert Pollard has always had a knack for pop music whether it’s caked in fuzz or glossy and gorgeous — either way it’s always snappy. And the indie rock forefather’s latest, Robert Pollard Is Off to Business, out June 3 via new imprint Guided by Voices Inc., is no exception, albeit cleaner and drawn out. Translation: More to chew.

For a taste, sink your teeth into album track “Gratification to Concrete,” a whah-whahing bar stool slasher with a smooth, catchy chorus — it’s poppy, rockin’, and pure Pollard.

Who? Robert Pollard, assiduous solo artist and former frontman and creative force behind Dayton, OH-based scuzz-pop stalwarts Guided by Voices. Since 1996’s solo debut Not in My Airforce, Pollard has maintained a restless regiment of releases, which only increased with the 2004 dissolution of Guided by Voices.

Fun Fact: Pollard is considered one of the most prolific artists in music today, with over 1,000 registered songs, twenty solo albums, five pseudonyms, and thirty-two full-length and EP records with Guided by Voices.