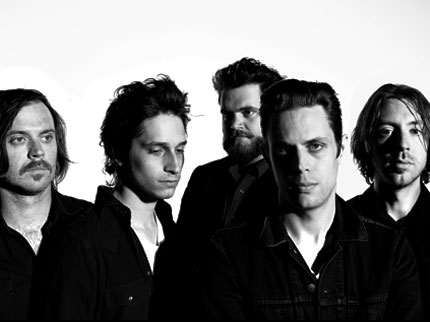 After teasing us with a promising set at this past fall’s Pop Montreal festival, Canadian quintet the Stills have finally revealed their much-anticipated third record:Oceans Will Rise, the follow-up to 2006’s sophomore set Without Feathers, will flood North America Aug. 19 via the band’s new label home, Arts&Crafts.

According to vocalist Tim Fletcher, the group felt “a raw energy of inspiration” during the new album’s recording efforts that was absent in previous sessions; whether or not it was powerful enough to generate the kind of fire seen in the “Snake-Charming the Masses” music video is yet unconfirmed.