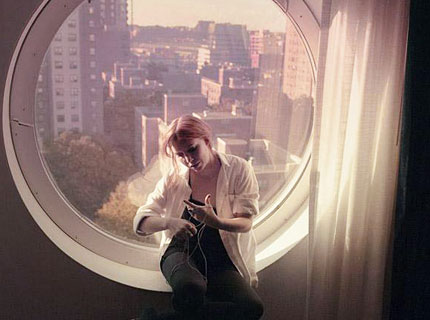 What? Though one could argue that the Swedish invasion on the brains of stateside indie rock fans is near kaput, Lykke Li, one of the latest names to fly from the Scandinavian canon, is one of its highest fliers, deserving of the praise given to many of the nation’s less talented first wave exports. And with yesterday’s (May 6) U.S. release of her debut EP, Little Bit (out in Scandinavia last fall), fans — many which already scored the tunes online — are hungry for more, thanks to the diverse and confectionery-pop of songs like “Dance Dance Dance.” Lykke Li’s much-anticipated debut Youth Novels, which, like the EP, was produced by Björn Yttling (of Peter Björn and John) and already released in her homeland, is expected to drop stateside this summer.

Who? Swede bombshell Lykke Li, who after the relatively limited release of her EP and full-length in Scandinavia, soon found herself the object of blog buzz as her tunes spread across the web at warp speed.

Fun Fact: Lykke Li’s assorted musical styling, from the intricate rhythmic instrumentation to blasting horn sections, to electronic undertones, are a product of her global upbringing; the songstress, before settling back in Stockholm, lived Portugal, Nepal, and India.