Lovelorn singer/songwriter channels Jonathan Richman, 1950s rock'n'roll on his debut full-length, A Place Where We Could Go. 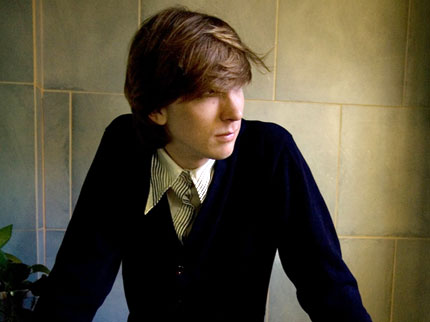 What’s the Deal?Jonathan Richman once wrote, “So if you liked that, you’ll love this.”For example, if you like the sweet deadpan melodies of Richman, you’ll love the sparse, stately heartache of Angel Town, CA’s Jeremy Jay.His excellent debut, A Place Where We Could Go, was released May 20 on K Records and takes equal cues from Richman’s solo output (“Hold Me In Your Arms Tonight”), ’50s slow dance favorites (“The Living Dolls”), and Hunky Dory-era David Bowie (hidden track “Oh, Bright Young Things”). Jay’s tunes are perfect for getting lonely, being together, and everything indefinable in between.

Who? Claiming inspiration from such luminaries as Buddy Holly, Richie Valens, and Francois Hardy, Jeremy Jay has released several singles and EPs leading up to the release of his debut, including the groovy “Airwalker.” And although Jay’s sound is influenced by his love for ’50s rock’n’roll, his songwriting draws from the nature of dreams and the surrealist tendencies of the French New Wave movement.

Fun Fact: Jeremy also wrote and composed the soundtrack to the film Dreamland, which has been described as “Twin Peaks meets John Hughes meets Peter Pan.”

Larry Fitzmaurice
Tags: A Place Where We Could Go, Beautiful Rebel, Spotlight