Frontman Craig Finn and crew's fourth set will drop July 15; The melodramatic Brits to unleash singles on the 13th of each month, up to Sept. 13 album release. 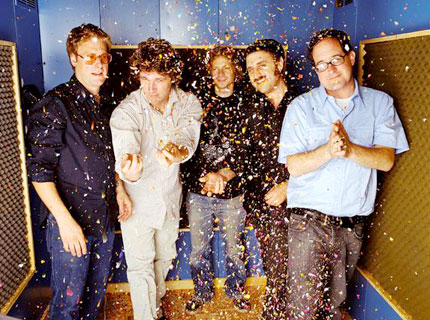 Brooklyn’s the Hold Steady have unveiled details for the band’s fourth album to date, entitled Stay Positive, due July 15 via Vagrant. Produced by John Agnello, the same knob-twiddler behind 2006’s Boys And Girls In America, the new set features contributions from Dinosaur Jr. shredder J. Mascis, Drive By Truckers’ Patterson Hood, and Doug Gillard, formerly of Guided By Voices.

“There’s less party talk,” frontman Craig Finn told Billboard.com of the outfit’s new tunes. “I don’t think anything is a radical departure, but there are things that I wanted to talk about. I was influenced a lot [by] getting old, and attempting to age gracefully. The idea is to not wake up washed up.”

To gain momentum behind their forthcoming, yet-to-be titled 13th album, makeup-caked Britpoppers the Cure will release a new A & B-side single — both conventionally and digitally — on the 13th of each month up until the release of their new record, slated to arrive Sept. 13. The first single: “The Only One,” out May 13, and its B-side, “NY Trip.” “Freakshow,” the second single, will arrive June 13 with B-side “All Kinds Of Stuff”; neither B-side will appear on the complete record.