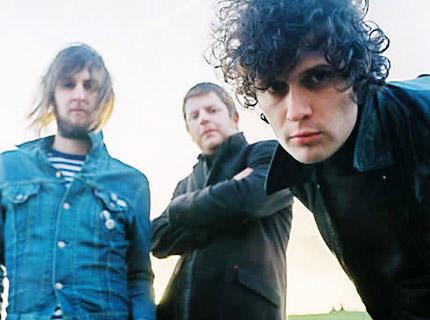 With a special performance June 15 at West Hollywood’s Key Club, high-energy Glasgow-based trio the Fratellis will open the second season of Spin’s Ruby concert series, an event dedicated to showcasing the best in new indie music, launched in 2007 in partnership with adidas Originals and Citi Private Pass.

“As Spin continues to support emerging artists, this platform allows bands to flaunt their talents in front of a packed house of fans,” Spin President Tom Hartle said of the Ruby series.

And to score tickets to the Fratellis’ opening gig, Citi cardholders have the upper hand; Citi Private Pass will hold an exclusive presale for cardholders only from May 8-10 via privatepass.citi.com. Premium packages will also be available that include the Fratellis’ upcoming record, Here We Stand, as well as passes to the VIP pre-show reception at the Key Club.

Check back to SPIN.com for footage from the Fratellis’ performance, and in the meantime, watch video the quartet jamming with the Who’s Pete Townshend on “The Seeker” at Spin’s 2007 SXSW party: